Side Event of the European Social Economy Summit

The fourth Future of Fair Finance event took place on 25 May 2021 online from Mannheim as a side event of the European Social Economy Summit. Under the title “Financing Affordable Housing and Climate Protection”, innovative financing models in Europe were presented that reconcile climate protection in residential buildings and affordable housing. Numerous experts from Europe and the Rhine-Neckar region were present, resulting in a cross-regional exchange. The entire event was moderated by the organisers Markus Duscha (Fair Finance Institute) and Christian Röser (Starkmacher e. V.).

After a welcome by the Lord Mayor of Mannheim, Dr. Peter Kurz, Anna Athanasopoulou from the EU Commission (Head of Unit “Proximity, social economy and creative industries” in DG GROW) showed in her keynote speech the challenges facing EU policy, for example regarding the poor energy efficiency of many residential buildings. In large parts of the EU, the lack of investment in affordable housing and the social economy is a problem that is being addressed by the European Green Deal, for example, as well as other initiatives and support programmes, including the so-called “Renovation Wave”.

In the following three presentations by Alexis Versele (architect for socio-ecological building at the Technology Campus Ghent), Christian Loy (Cambium – Living in Community) and Knut Höller (board member of “LiM Living in Metropolises SCE mbH” and managing board member of the “Initiative Wohnungswirtschaft Osteuropa (IWO) e. V.”), three regional Fair Finance approaches in Europe were presented and further discussed with interested parties in the subsequent project marketplace. The presentation by Alexis Versele highlighted the ICCARUS project in Ghent, which provides for the renovation of 100 houses of low-income residents, financed by public money as an ongoing fund. Christian Loy presented the Cambium project in Austria, an approach to communal living in an ecovillage, which is largely financed by the “asset pool model” of residents, friends and a network. The third presentation by Knut Höller presented the approach of the EU cooperative “Living in Metropolises SEC”, which is an answer to the political demand for affordable housing in cities. Specifically, three projects of the cooperative in Finland, Germany and Latvia were mentioned.

As a transition from European projects to regional Fair Finance approaches in Germany, Sven Giegold, spokesperson for the German Greens in the European Parliament and representative of the Green Group in the Committee on Economic and Financial Policy, gave an introductory statement. He emphasised, among other things, that the approach of “bringing sustainable finance to the regions” is very important, and at the same time to educate about the dangers of green-washing.

He was followed by two project presentations. In the first, Nils Bormann from the German Energy Agency (dena) explained the concept of serial renovation according to the Energiesprong principle, while Peter Mellwig from ifeu – Institute for Energy and Environmental Research Heidelberg presented the idea of the “one-third model” in rented flats: How can owners, tenants and the shareholders share the (energy-related) refurbishment costs more fairly than before? Also after these presentations, another project marketplace was opened with opportunities for exchange with the speakers.

Finally, a panel discussion entitled “Lessons Learned and New Shores with Social Economy” took place with Helmut Augustin (Deputy Chairman of the Board of Sparkasse Rhein Neckar Nord), Christiane Ram (Head of the Department of Economic and Structural Development of the City of Mannheim) and Gesa Vögele (Member of the Management Board of Corporate Responsibility Interface Center e. V., CRIC). The possibilities and opportunities already pointed out were highlighted from the different perspectives of the panellists, and further approaches of the representing institutions were presented and compared.

Throughout the event, new ideas for networking and exchange kept coming up, which could be deepened as much as possible in the digital format.

As organisers of the event, the Fair Finance Institute und Starkmacher would like to thank all supporters ( in particular the Sparkasse Rhein Neckar Nord, the LBBW as well as the business development of the City of Mannheim and the S-Hub), the speakers, the participants and many other helping hands, and are looking forward to seeing you again in 2022, hopefully again as a face-to-face event! 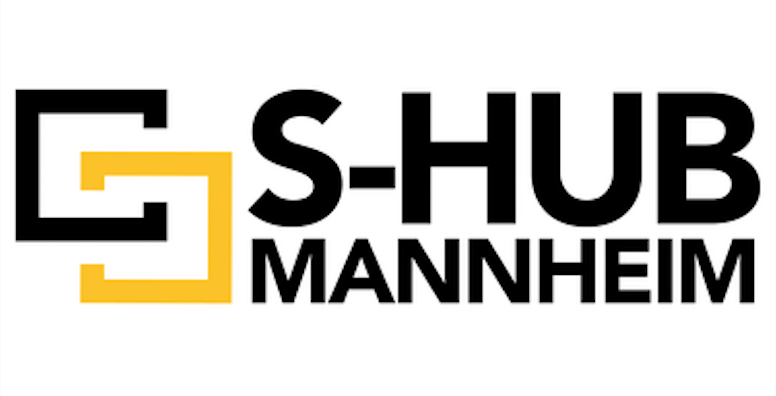